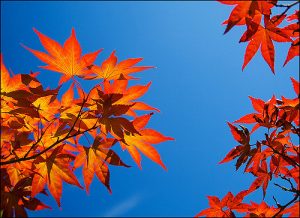 Color theories form a logical structure for colors. These theories encompass a vast number of concepts, definitions and design applications. While it is not necessary to know every single one of the color theories, it is important to get the basic theories right as these are most frequently used. The three basic theories are: the color harmony, the color wheel and the context in which colors are used.

When one delves into color theories, one would often come across the term ‘complementary colors’. These are basically pairs of colors which produce white light when combined together. At times, these complementary colors may also produce black or grey-scale color. The reason why this happens is because they cancel each other out. Thus, it is ironical that they are termed ‘complementary’ when in reality they have an intense clash and create the strongest contrast! It would have been more apt if they were named ‘opposite colors’ instead.

So which pairs of colors are considered to be complementary colors? The answer to this question would vary, depending upon the color theory being used. There are three common theories that people follow when it comes to determining complementary colors. These are the modern color theory, the traditional RYB color model and the opponent process theory.

The first theory, i.e. the modern color theory states blue & yellow, green & magenta and red & cyan as complementary to one another. In case of the traditional RYB color model, the pairings are red & green, blue & orange and yellow & violet. Last but not least, the opponent process theory has a different take on pairs of colors that are considered complementary. According to this theory, there are two most contrasting color pairs: blue & yellow and red & green.

There is also another way of finding out complementary colors: the color wheel. Here, the colors that are exactly opposite each other are usually considered to be complementary because of the high contrast between them. When used at full saturation these colors produce a vibrant look. Another important feature of complementary colors is that since they are opposite, one color is always warm and the other one cool. Thus, they neutralize one another when they come together.

It is possible to use these colors on a day-to-day basis; however, it must be noted that when used in large doses the result is usually very jarring. Thus, it is advisable to avoid using these for text. However, it can be used minimally to make something stand out.

For painters, being aware of the theory of complementary colors is quite handy. For instance, they can achieve a great range of neutrals without the need of using black color. Also, if a certain color is too bright then it can always be neutralized a little or flattened by adding a bit of the complement color. This would result in a more neutral version of the original color. Similarly, to make a color in the painting stand out, the painter can use a small drop of its complement beside it.

Have you been looking for the best commercial elevator maintenance company? If you’re in the Dorchester, MA area Motion Elevator Corporation is exactly what you’re looking for!